A Puppet Hung Out To Dry – Part 3 Phoenix Futures

‘J’ continued but was losing faith, repeating that his puppet wasn’t good enough. We needed to switch our attention, fearing he might leave the process, with a feeling of failure and disappointment. We looked for a quick way to bring some attention to his puppet, we decided to change the environment and go outside, where some washing was hanging on a line. We had to be playful and spontaneous. The group of 3 men came with us and became drawn into our enthusiasm and determination. This became a highlight of this ‘pilot project’, it wasn’t about the skill of the puppet making or the manipulation or even the story but how these 3 men embraced this situation and worked as a team, it had completely reignited their sense of play, it was as if it took them back to their boyhood. They were genuinely working together and supporting each other as a team. There was a complete change of mood and it seemed the perfect way to end this project at Phoenix.

‘Who would have thought that paper and string could give you such a buzz.’

‘I didn’t think I could do anything like this at the start.’

There was a clear sense of pride as they stood, having their photograph taken with their puppets and others that had been made over the weeks.

‘G’ took his fisherman puppet home. ‘J’s’ was left on the table. ‘M’s’ was left in a safe place in the office. The last man to join, didn’t make one but we were certain he’d never forget that afternoon. 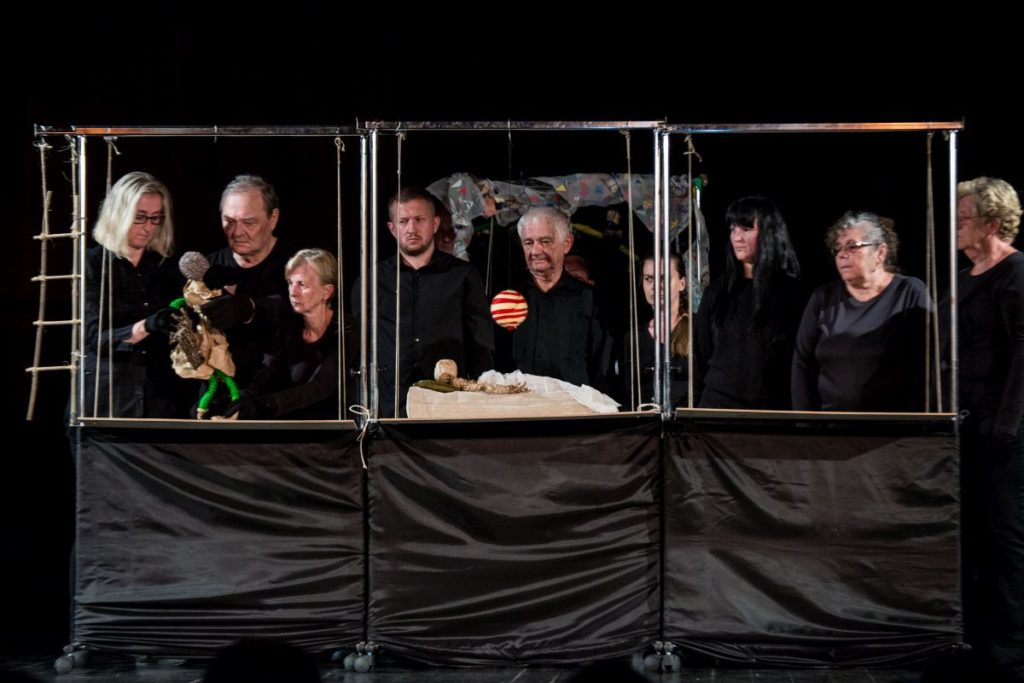